What’s the Weather Like in Airdrie? An Overview of the Year

Airdrie is a city just north of Calgary. It’s known for its small-town vibe that’s perfect for people who love a peaceful and relaxed environment.

It has complete amenities and services that cater to everyone’s needs. And if ever you’d need something that’s not available in Airdrie, Calgary is just a few minutes away.

Living in Airdrie seems like the perfect idea, doesn’t it? Whether you’re planning to move into the city or just curious about the best time to visit, here’s an overview of the Airdrie weather all year round.

The weather in Airdrie is generally temperate. The temperature throughout the year ranges from 10℉ to 75℉. It does go below zero and over 75℉ at times, but that’s the average range for Airdrie climate.

The warm season starts around May and goes on until September. That’s around 3 ½ months of summer in Airdrie. The hottest month is usually July, with temperatures averaging from 51℉ to 73℉.

The cold season, on the other hand, starts in November and ends in March. That’s around almost four months of cold. The coldest month is usually January, with temperatures ranging from 10℉ to 28℉.

Yes, the Airdrie climate is a little bit on the colder side. But it still has a good balance between warm and cold seasons.

As for precipitation, the wet season goes from May to September. June is usually the rainiest month of the year in Airdrie, even though it falls in the warm season. Airdrie summers aren’t dry and hot, which makes it convenient for most people.

The dry season in Airdrie goes from September to May, with January being the driest month of the year. The winter season in this city may be cold, but it’s not overly harsh for the most part. November would be the snowiest month in Airdrie.

Other months of the year have fairly manageable weather. Clear skies can be seen for most of June to October, with the clearest month being July. From October to June, skies are often cloudy, with March being the cloudiest month.

Along with this, Airdrie weather is also windy from October to June, with December being the windiest month of the year. There’s less wind from June to October, with August being the least windy month.

The Calgary Stampede takes place from July 8 to 17. Hotels and Airbnbs in Calgary may be fully booked during this time. So, looking for a place to stay in Airdrie would be a good idea since it’s just a 30-minute drive to Calgary.

And while you’re at it, you might want to try other activities you could do in Airdrie. Here are some of the things that Airdrie has to offer.

Things to Do in Airdrie

Airdrie takes pride in showcasing local and one-of-a-kind crafts and services from the people in their community. Its focus on the people also helped Airdrie become an inclusive and family-friendly community.

There are a lot of art galleries and museums you can check out in the city. They hold exhibits of talented local artists in the community.

They also have a farmers market that aims to support small businesses in the city. It’s available every Wednesday from June to October at Jensen Park. There are over 150 local businesses that join the farmers market to display and sell their products. There are different food trucks every week that you can buy snacks from while roaming around the stalls.

There are a lot of specialty gift shops around Airdrie as well. These gift shops hold all sorts of trinkets and accessories you can add to your home.

Airdrie has a diverse community with people coming from different parts of the world. That’s why the local restaurant scene in Airdrie is vibrant and thriving. They also have craft breweries that are worth exploring while you’re in the city.

As a family-friendly community, Airdrie also has playgrounds, bowling alleys, and recreational centers for both children and adults. There are also parks, spas, and wellness centers that you can relax in if you prefer a quieter weekend.

Airdrie also has two golf courses for the perfect balance between activity and relaxation. They’re worth checking out even for people who aren’t that well-versed in golf.

There are also nearby ski resorts if you’re planning to visit in the winter. November would be the best time for winter activities. But as long as there’s still snow (that’s usually until March), you’re good to go. Airdrie has a different charm in the winter, so it’s worth seeing, too. 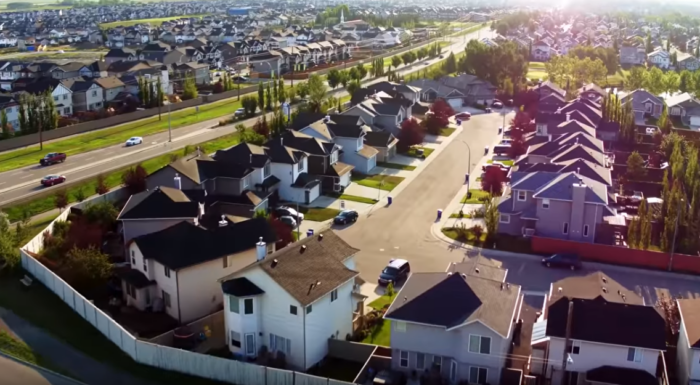 After visiting Airdrie, you might find yourself wanting to settle in it. And that wouldn’t be such a crazy idea.

Airdrie has communities that provide a good atmosphere for all people. There are also new neighbourhoods being developed to accommodate more residents looking to move into the city.

If you plan on moving to Airdrie, it would be best to talk with a real estate agent first. They could help you buying a home that fits your needs and budget.

And if you’re not quite ready for your own property just yet, they could also show you around some rental spaces that offer the best deals.

But again, before you move into this city, here’s what the weather is like in Airdrie: